It comes down to the wire between Ernest and Celestine, Becket, and The Dark Knight - three movies that are so wildly different as to make comparison nearly impossible. I'm going to have to go with entertainment value and choose Ernest and Celestine, a slight but lovely tale of friendship, art, and forgiveness. Unusual for the modern children's movie, and despite its palette of light colors, this film has quite a few harsher edges - this world isn't one without pain and death, though it treats them with a comic spin.

A 2 1/2 hour film set in a silent monastery, Into Great Silence (Die Große Stille) is of those movies that really, really ought to be boring, but isn't. It's about silent people, not silence. The rain still patters on the rooftop, feet echo in the dusky hallways, wind whistles in the eaves, ponderous bells mark out the pace with solemn, inevitable regularity. The seasons change. We come to know the faces of these men, so anachronistically pious and dedicated. We come to see their thoughtful faith and sacrificial, unassuming love. It's a transcendent experience. Steven Greydanus's review. 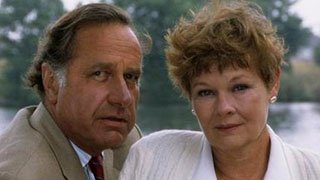 I probably shouldn't admit it, but I'm a sucker for sitcoms about elderly British people being mean to one another. Like Last of the Summer Wine or To the Manor Born, As Time Goes By makes the most of we're-getting-old humor, but has slightly more gravitas when handling the characters. It isn't afraid of earnestness, and amidst all the whimsicality and sex jokes (not too crass, m'dear, we're British) come intervals of calm sincerity. Also: Judi Dench (ever-elegant) and Geoffrey Palmer (ever-jowly) are terrific. Watch here. 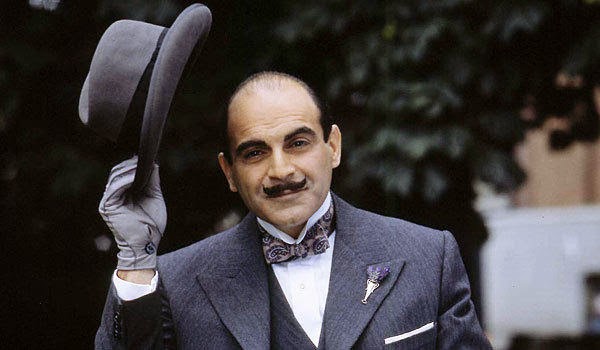 Agatha Christie's Poirot is over. My childhood goes with it. For those wondering (all two of you), I have not yet been able to bring myself to review Curtain. Mix of a) didn't like it as much as I wanted to, b) I haven't watched it again and c) I think I'm in denial. I'm currently nursing myself back to health watching the earliest episodes/David Suchet interviews (always a pleasant experience). Reviews: Elephants Can Remember. The Big Four. Dead Man's Folly. The Labours of Hercules.


Hannah Long
Posted by Hannah Long at 8:06 PM No comments: 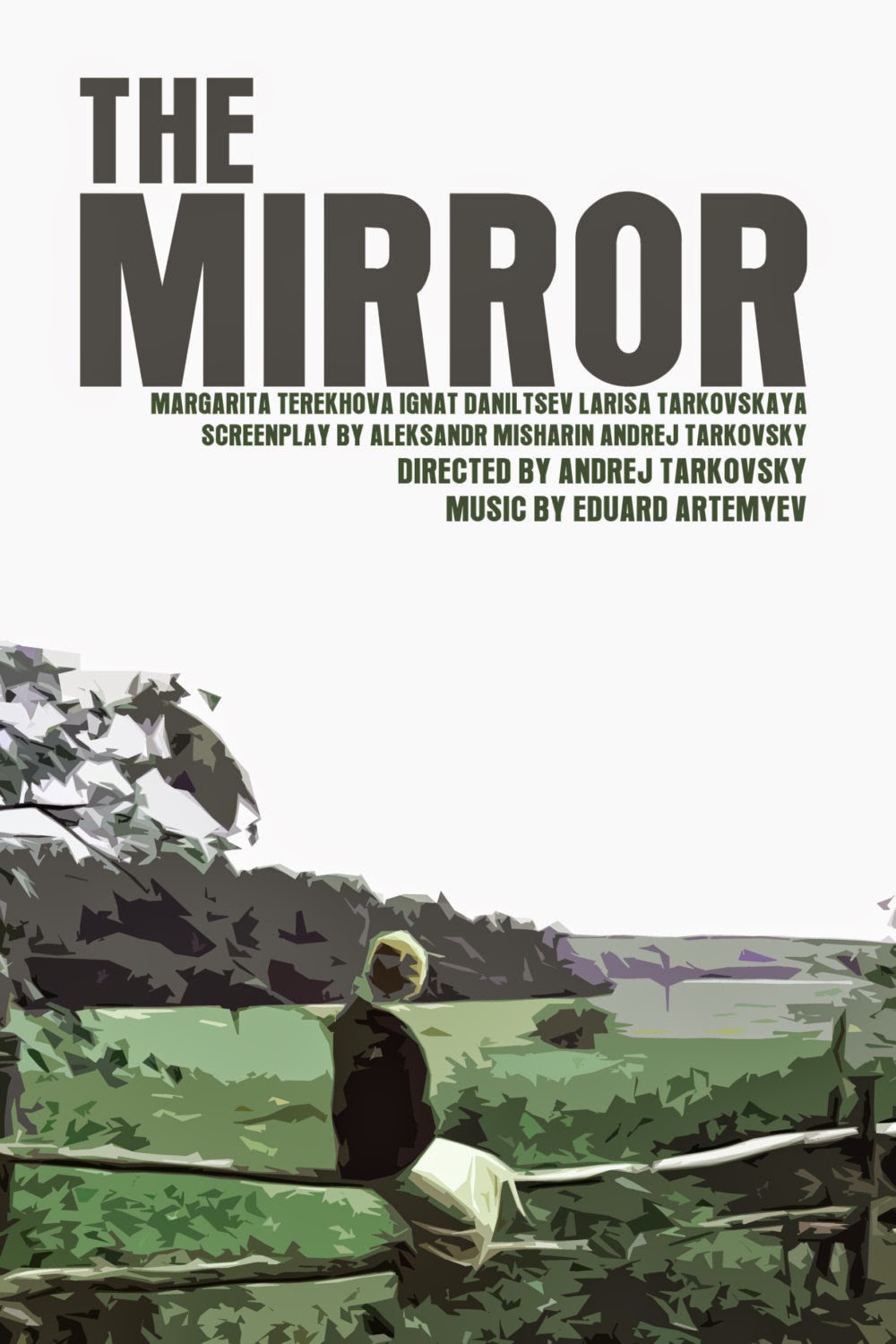 It’s much easier to respect Andrei Tarkovsky than it is to like him. My first introduction to his filmography was Stalker, a vaguely Soviet-period sci-fi philosophical road movie about three men and their journey into a mystical, Area 51-esque underworld called The Zone. The Mirror, on the other hand, mostly keeps its feet firmly on the ground. A semi-autobiographical story, it has a strong sense of historical place (Soviet Russia in the 40’s, 60’s and 70’s).  It feels like the more accessible of the two films, despite its complex, abstract nature, and it is a strange but chillingly beautiful movie.

The friend with whom I saw the film said it came into being because Tarkovsky was trying to exorcise his recurring dreams (he was successful.) It’s true, the story feels like a vast, puzzling experience of catharsis, though relief is mingled with the bittersweet dissatisfaction of loss.

The main character is Alexei “Alyosha”, a thinly veiled representation of Tarkovsky himself. Many of Alexei’s problems stem from his troubled past, and he (or the camera, at least) goes back to several periods in his life, attempting to untangle memory from truth. Tarkovsky’s tracking shots, moving slowly through the doors of a house, have an entrancing quality, drawing us into a world which feels four-dimensional, beckoning us inside a fully-realized, tangible space.
Read more »
Posted by Hannah Long at 10:26 PM 3 comments:

My review of last week's episode: Elephants Can Remember.

It's practically a fact of nature that if you're cooped up with a number of people in a house in the snow, someone will be dead by the end of the weekend. If a small rotund Belgian man is there, you might as well call up friends (after calling your family solicitor) and say goodbye.

Complete with the requisite creaks in the night, the latest Poirot episode, The Labours of Hercules, must have been extremely difficult to adapt. The original consisted of a dozen quirky, loosely related short-stories, which culminated in a night-club called Hell (really). The adaptation picks a few of the best elements and combines them into a charming but bittersweet tale that feels unique in all the Poirot canon. We have German psychology, a dastardly serial killer, eccentric, hilarious foreigners, gorgeous vistas in a setting reminiscent of Wes Anderson's Grand Budapest Hotel, and the return of our favorite femme fatale, Countess Vera Rossakoff (and if you don't know who that is - SHAME - watch The Double Clue.) 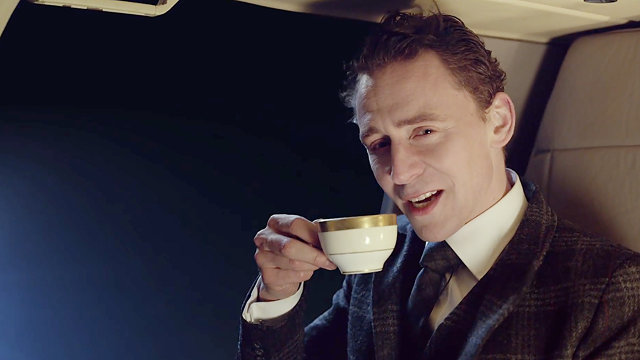 Regular readers here will know that I'm more than a little obsessed with British detectives. So now, for a change of pace, let's get to know my favorite British con-men. There are a few conditions—con-men are not criminals of the vulgar sort. No, indeed; these dashing figures eschew unsophisticated fisticuffs, and make do with intelligence and witty repartee. For this reason I would not nominate Moriarty (his weapon is strategy, a general of the underworld), though I would almost nominate Saruman (disqualified because his witty repartee stems from an enchantment.)

Also, they must be loads of fun. Let's start with the most fun of them all...

A couple, General and Mrs. Ravenscroft, walk along the white cliffs of Dover, arm-in-arm. The dog runs ahead, barking happily. They smile at one another. A few seconds later, a shot rings out, and the two lie dead.

Thus kicks off the climactic season of Agatha Christie’s Poirot, running circa 1989. Despite an added storyline involving murder by hydrotherapy (a psychiatric treatment in which the patient is blasted with scalding then freezing water), this episode is not as uniformly dark as Murder on the Orient Express, the intense conclusion to the previous season.

Ariadne Oliver’s appearance adds a good element of humor. Her slapdash, jovial demeanor is the perfect foil to Poirot’s fastidious world-weariness (which has become a little old—dude, one smile won’t hurt.) During the reception for her Crime Novelist of the Year award, Mrs. Oliver is cornered by the formidable Mrs. Burton-Cox, a mother with an ax to grind. Does she remember her goddaughter, Celia Ravenscroft? Yes, well, what she wants to know is did General Ravenscroft kill his wife, or did Margaret Ravenscroft kill her husband?

Read more »
Posted by Hannah Long at 2:00 PM No comments:

When I approach foreign films, I always try my best to shelve cultural criticisms and accept it on its own terms. To some extent this is impossible, though it's much easier with European films than Asian ones. I have enough of an American need for emotionalism to feel like Russian characters are more like walking, talking existential crises than actual human beings. Indian films, on the other hand, indulge so deeply in sentimentality that I find it next to impossible to attach any real value to their emotion. Does this mean I can’t appreciate Russian or Indian films? No (for instance, I quite liked Kin-Dza-Dza!) but makes it harder. A Peck on the Cheek is difficult to review, just because it's so far outside my preferences and familiarity, but though my standards of measure may be Western, I have no others, and they are what I use.

Amudha is a precocious, petite, Sri Lankan version of Ferris Bueller, from hating her teacher, to delivering an introductory, breaking-the-fourth-wall monologue and being the center of a huge musical number. Everything is about Amudha; she's the heroine and she knows it.

But the film isn't really about Amudha (or it shouldn't be); it's much bigger than her blissful childhood. After an opening, introducing a pair of star-crossed lovers (her real parents) in a war-zone, we slip entirely into Amudha's world, which has all the cheesiness and extravagance of a Disney cartoon. Still, the introduction remains as a solemn reminder that there are things happening outside this children's story, and unlike Ferris Bueller, Amudha will eventually have to engage with this.

Read more »
Posted by Hannah Long at 4:00 AM No comments: